Today is a big day for us as we announce the preorder for two brand new releases, one from a brand new artist who we’re welcoming to the Ratskin collective and another from an artist we’ve worked with but never in vinyl format. Both of these projects are years in the making, and although it’s nerve-racking to release brand new art into an uncertain, broken world in the middle of a once again rising global pandemic, without the possibilities of the artists touring or even performing locally to support their work, we move forward because we believe the world needs both of these albums now more than ever, so we put our trust into you to take it from here to experience these beautiful, unique and special recordings.  Without further ado we present the preorders for - HEADBOGGLE “Digital Digital Analog” and LEXAGON “Feminine Care”.

The former, is Headboggle’s  first vinyl LP on Ratskin, titled,  “Digital Digital Analog”  on stunning 150g Clear Vinyl in an edition of 300.  Preorder now and is out September 25th!. You can stream the first two singles “Ancient Trap” and “Data Entry” now. There’s also a special edition and a collectors edition which come with various limited ephemera including, two bonus cassettes, art prints, a pin back button, and something we have never done before or seen done before, and maybe best of all a customized  composition produced and recorded by Headboggle, just for you. There is also a brand new Headboggle shirt designed by Oakland artist Jason P. (TVOD)

The latter project, from Oakland-based artist LEXAGON, is a monumental addition to our catalog. We couldn’t be more thrilled to share her Ratskin Records debut “Feminine Care” with all of you. The first single “Hurricane”, is up now on our bandcamp and webpage for streaming waiting for you to experience.

Please see individual release pages on the Ratskin bandcamp  for details on special editions, shipping info/ times for preorders.  Onto the music: 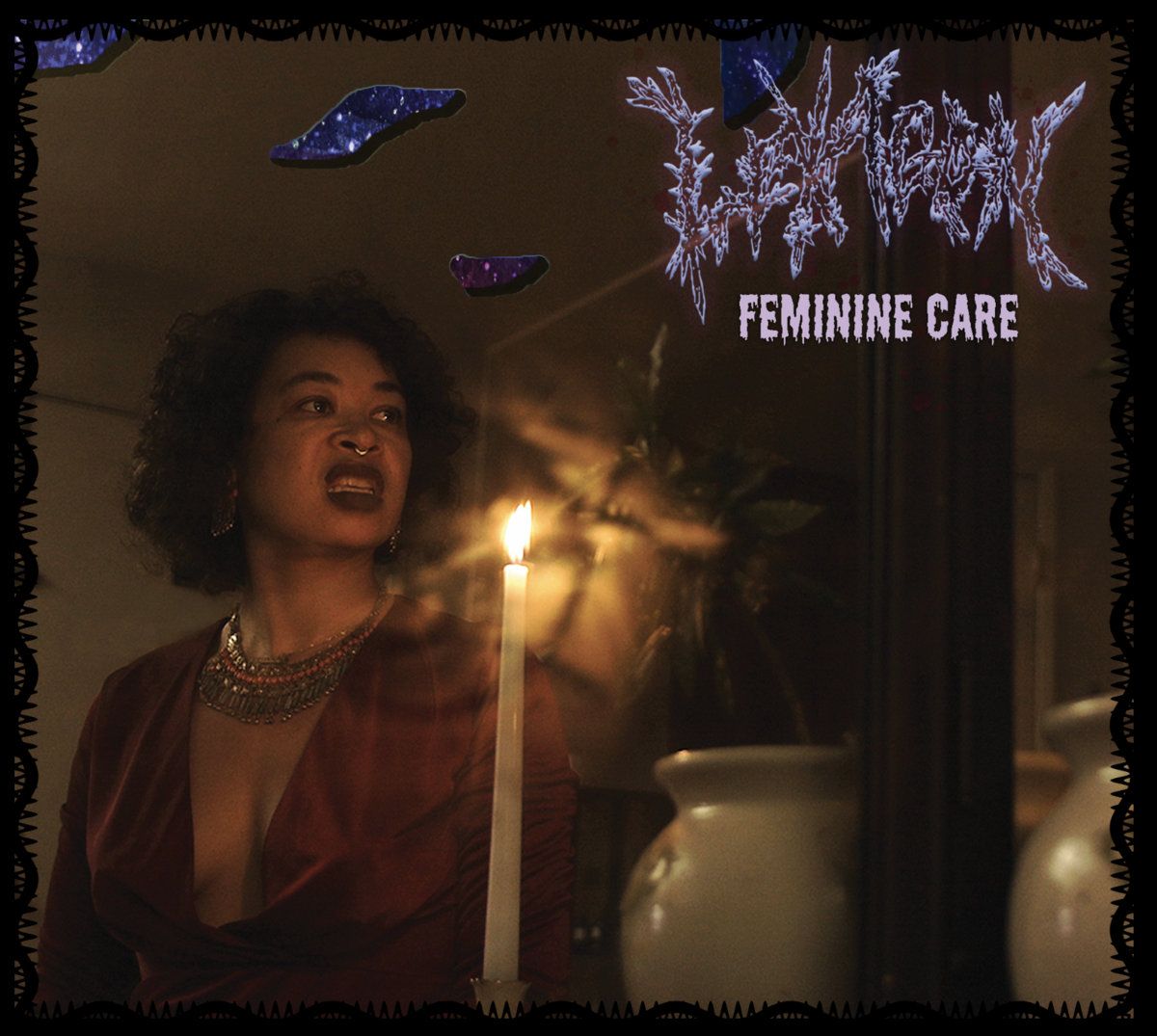 For his second full-length and first on vinyl with Oakland-based Ratskin Records, Derek Gedalecia’s HEADBOGGLE project has taken the critically acclaimed hybrid one-minute electronic-stylings of 2019’s “Polyphonic Demo” (Ratskin) and expanded his ideas into 24 longer form pieces that pull from Parliament/Funkadelic as much as Raymond Scott. “Digital Digital Analog” could easily be undulating in the catacombs of label discographies from Editions Mego to Sub Pop or even Mute Records, but has landed in the bin of the Oakland esoteric imprint Ratskin Records. We couldn’t be more excited to present this on beautiful limited edition clear vinyl and digital download to the world, certainly Headboggle's most astute and developed work to date.

The strange and alien worlds Headboggle opens up throughout the album are a complex mix of Gedalecia’s mischievous sense of humor, love of pure sound, and quirky melodic sensibility inspired by his studies of ragtime and classical music. Whereas previous LPs were more improv-based in their arrangements, “Digital Digital Analog” refines Gedalecia’s decades of research into synthesis through a highly focused and refined compositional lens. The album represents the culmination of 20 plus years of sonic experimentation spanning noise, new music, avant garde, collage, soundtrack oriented music, and so much more into a meticulously refined and generously melodic approach. “Digital Digital Analog” far eclipses the artist's previous works in a myriad of ways wholly rewarding for the listener.

With it’s compositionally adventurous spirit, and sonically cinematic presentations, “Digital Digital Analog" stands as Gedalecia’s most refined and articulate work to date. Most of the tracks for "Digital Digital Analog” came out of the continued exploration of the Dave Smith Prophet polyphonic synthesizer and was culled from many hours of rehearsals in preparation for Ratskin Records 2019 US Tour.

Picture the undulating synth lines of mid-‘70s Parliament transplanted to a petri dish and allowed to grow, or maybe the soundtrack to the most baffling caper movie ever made, and you might have a fraction of what Digital Digital Analog contains. This 36-minute record finds Gedalecia working across a variety of rhythm and genre templates, the titles (“Ancient Trap,” “Skip Pop, ”Breakdance Music”) provoking many questions and fewer answers. The music can be at times both stark and grandiose, desolate and luxuriant, dead-serious and ridiculous, dirge-like and joyful; it’s all de rigueur for Headboggle.

Gedalecia has taken the best and most developed parts of a myriad of sound synthesis and production techniques and coalesced it into a forty minute tour de force of forward-thinking, cinematic and whimsical music. To contextualize this album as anything short of his grand opus within the context of his vast 100+ release back catalog wouldn’t be giving “Digital Digital Analog” it’s due diligence. 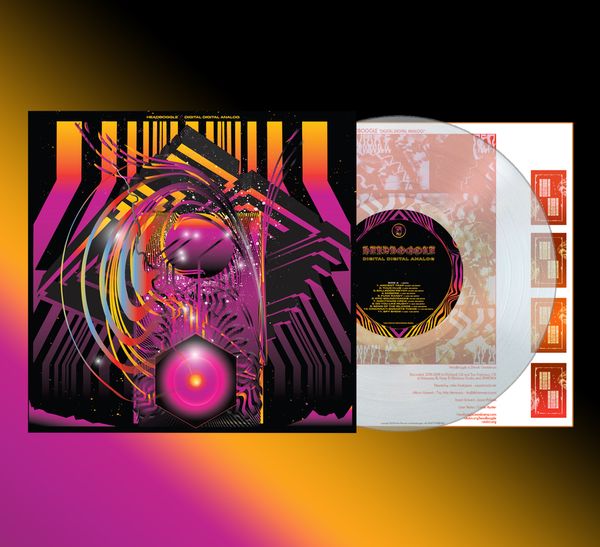 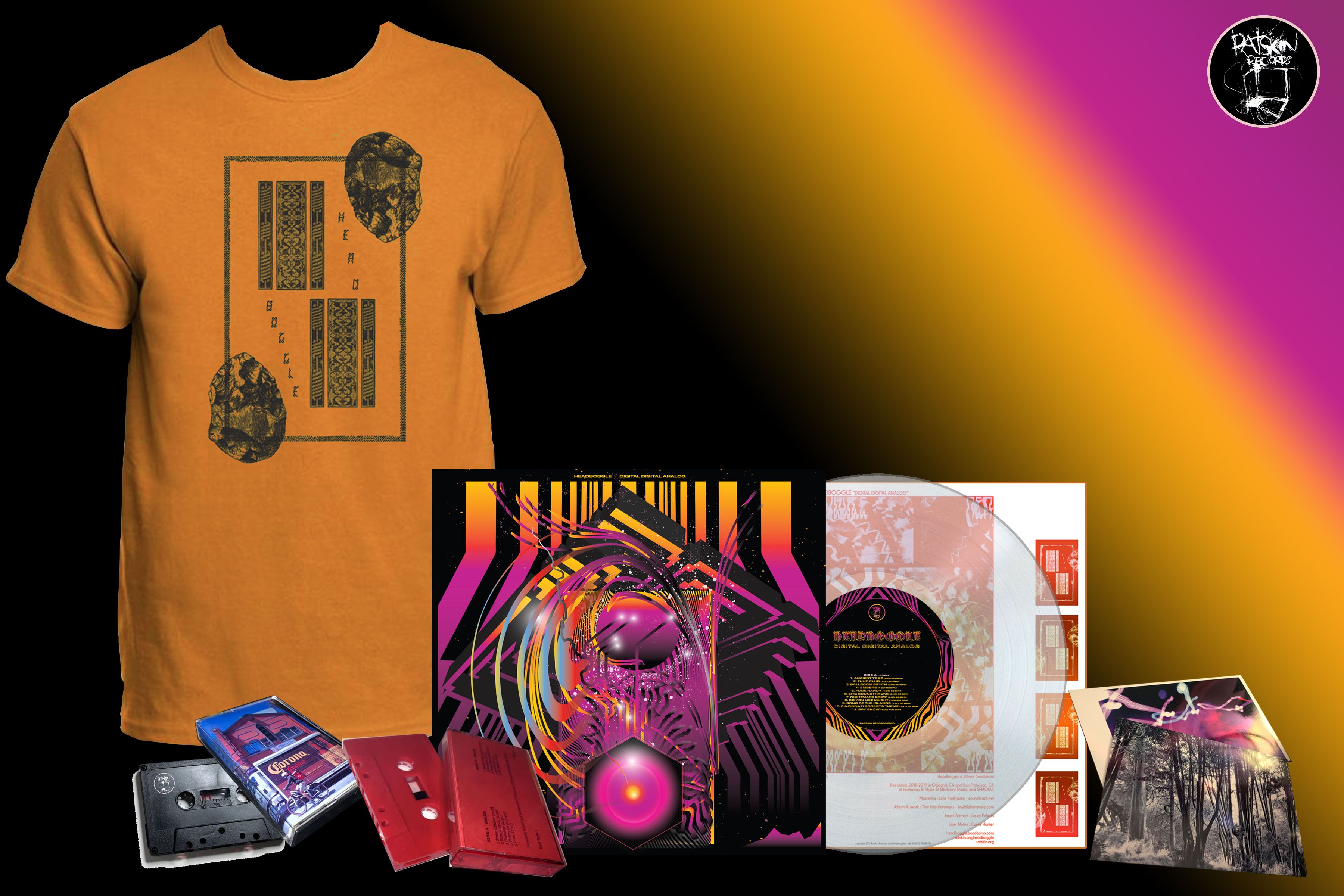 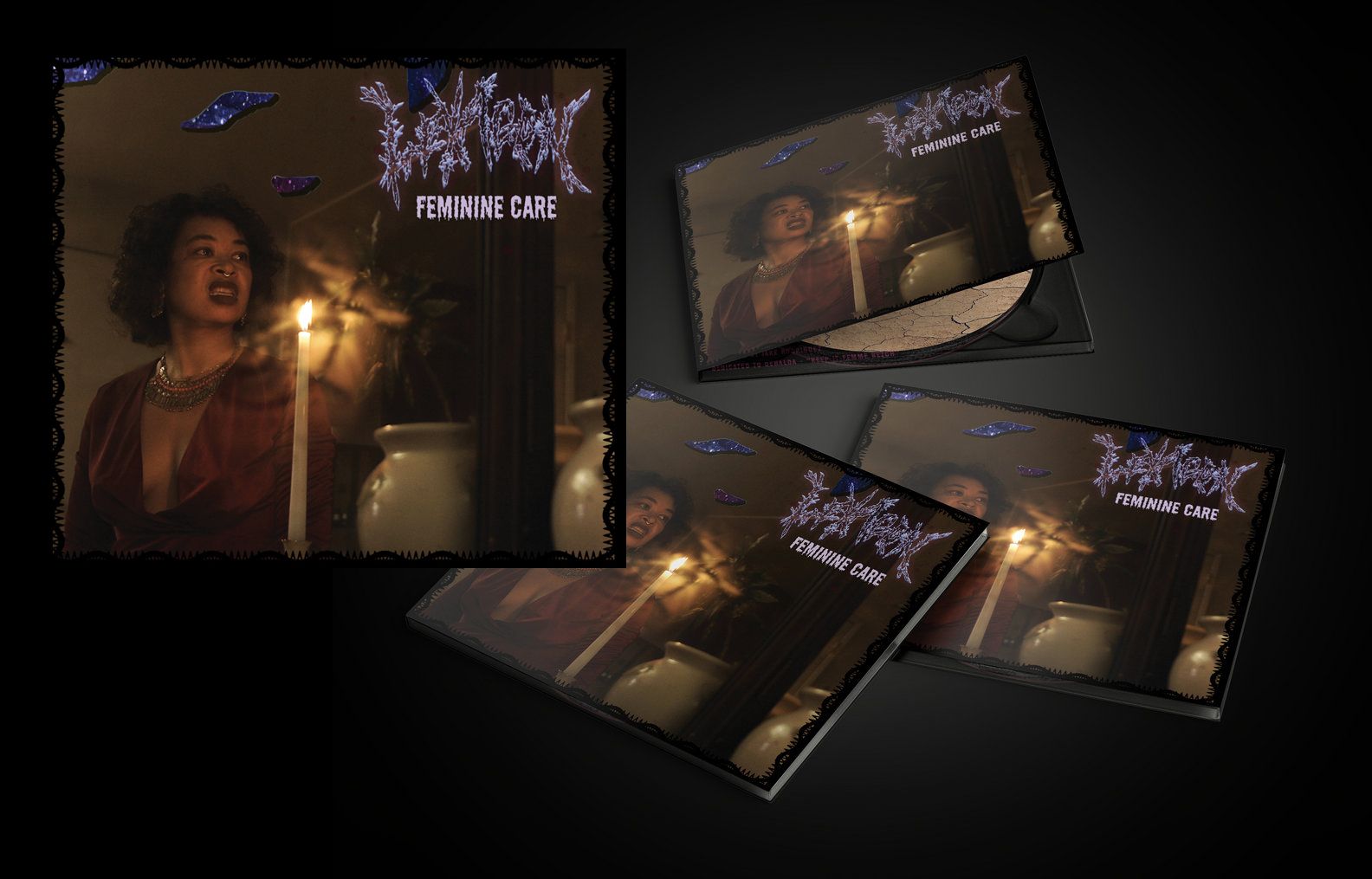 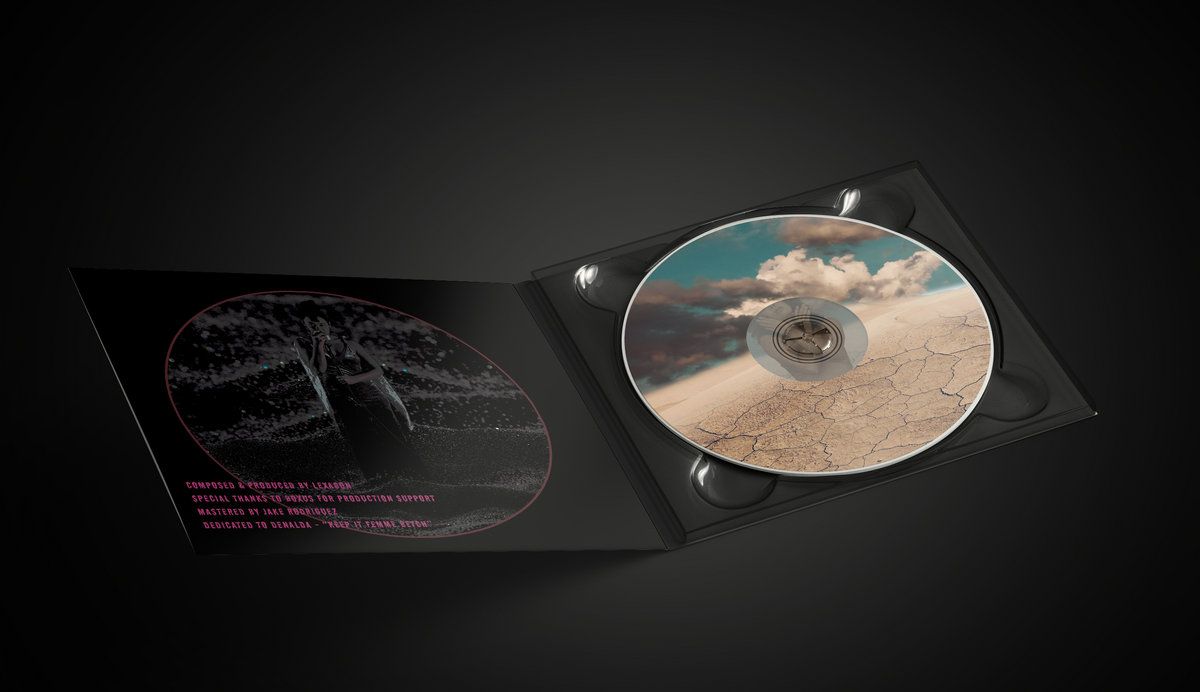 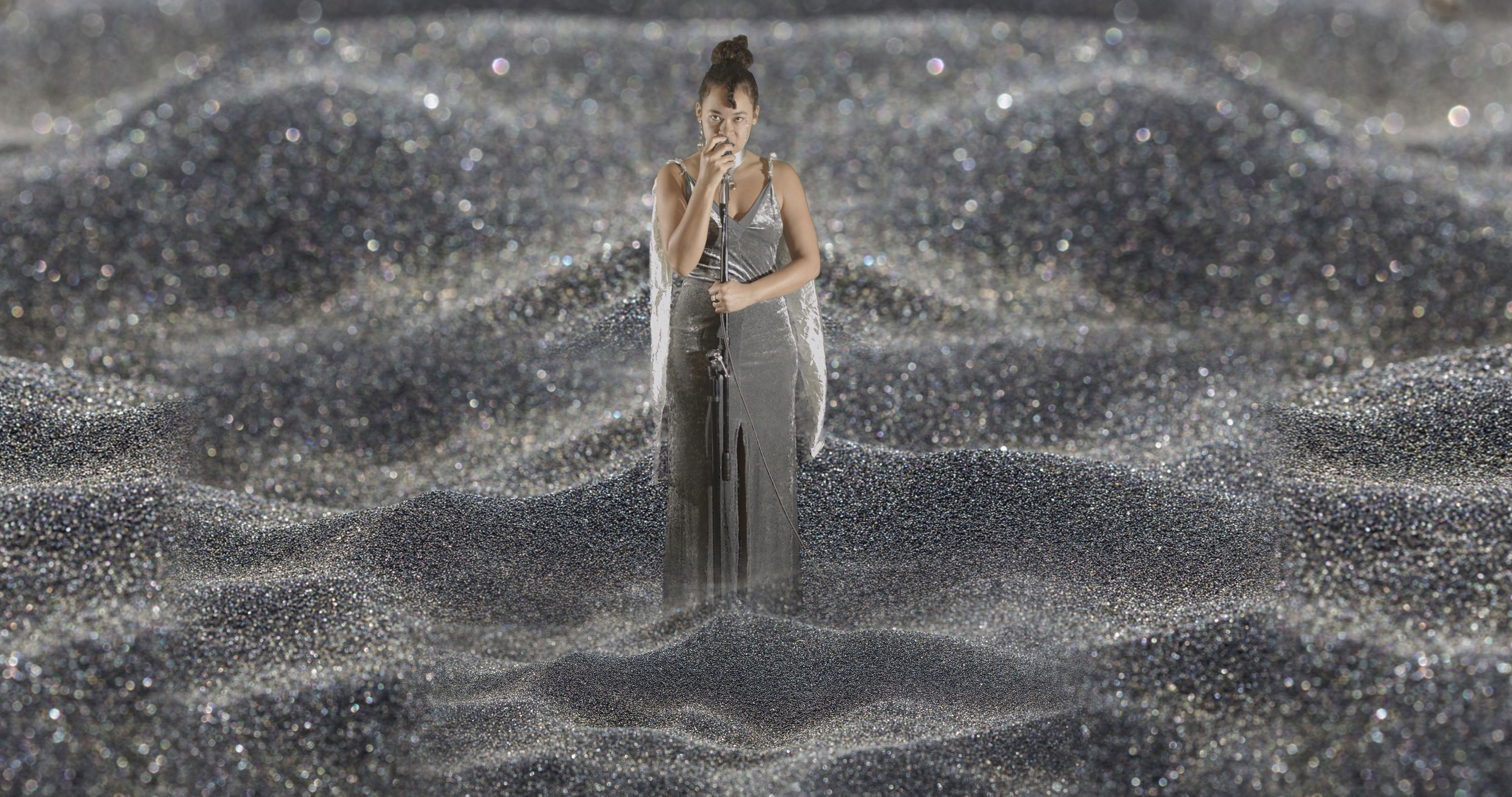 "Feminine Care" by LEXAGON  is a collection of hypnotic mood swings, spirit jazz and haunted incantations that explore permutations of femininity and care between 2016 - 2020. These songs were moments of freedom and release in the midst of the Trump administration, Black terror, wildfires, displacement and heartbreak.

This album is a rite of passage. These compositions ask, “What does it really mean to be cared for, caring, carefree and careful in the feminine experience?”

Absurdly titled after the puritanically cursed tampon aisle in American drugstores, Feminine care plays with ideas of cycles, failed gender-conformity, climate-change, the black female body as a “pre-existing condition,” tenderness within femme rituals, and the relationship between American horror and sexuality. This is an investigation into the femme experience, behind the capitalization of our bodies, beyond binary thinking and before the witch trials and our dislocation from the natural world.

Lexagon’s sound swallows you into a thick atmospheric cloud of dark melodic incantations that feel both delicate and dangerous- ancient and haunting. Her sound pushes vocal pop into realms of “spirit-noise” often letting the ghost in the machine distort and influence the compositions of her tracks.

Listen to the soundscape of a locked diary, sonic sketches oscillating between form and dissolution.Hear the musicality of the inner mind- intrusive thoughts playing peek a boo with focus, an argument between self and shadow, an overstimulated nervous system draped in sweet harmonies that melt into the uncanny valley; making rhythms out of syllables,tears in bayou cemeteries and breathlessness from being policed in Amerikkka.

When describing her music practice Lexagon states, “I’m fascinated with the idea of exploring alternate, hidden versions of myself and the thousands of ancestors who’ve worn my face- music is a spiritual technology that allows me to drop into the deepest parts of myself and lineage...I’m not interested in making pretty music as much as capturing the variables and energies moving through me in a given moment. I see my music practice like an astrological natal chart- a blueprint documenting me and the cosmos right now.”

Downtempo tracks like Hurricane slip you into a brooding sultry soundscape, humid with lush reverb and resonant drones. Field recordings of rain and thunder swell between lyrics like “Drench me, I can go all night” or “torrential rains between your legs” as a lovesick ode to female ejaculation.

While other songs like Values shuffle syncopated rhythms that weave samples of paper money and pitch-shifted clarinet, almost mirroring the self-aware nuance of the chant- like lyrics “I can’t afford a good night’s rest” to “I can’t afford to be afraid, look me in the eyes-unlock the cage.” Her vocal delivery is raw and vulnerable, exposing the threads of her grief, anxiety and courage.

As a filmmaker, Lexagon’s compositions are often crafted with a moving image in mind. Some of her compositions like The Motivation act as a documentary soundtrack: picture a summer afternoon, she is sitting on a California beach and writing down notes about metaphysics from Walter Russell’s “The Secret of Light” while staring off into the blue horizon. There is both a sense of channeling and auto ethnographic archiving layered between sounds of crashing waves and sizzling sea foam.

Feminine Care nods to the women who throw bricks and soup cans, the crones whose wisdom mends our broken hearts, the mothers who sing the lullabies of our ancestors, the post-men-opausal badasses with beards, the two-spirits who are both, and most of all- for Black women who conjure worlds of possibility with every breath.

Please sight the  Bandcamp page for all of the individual special edition specifics, and shipping dates for the preorders(which will begin shipping early September, three weeks ahead of the release date.

Also of note is the TYLER HOLMES "NIGHTMARE IN PARADISE" Album Release Show, which you can purchase tickets for by clicking on the poster below.  We are so excited for this and have released a very limited amount of $5 presales which are going fast and you can get them here; TICKETS 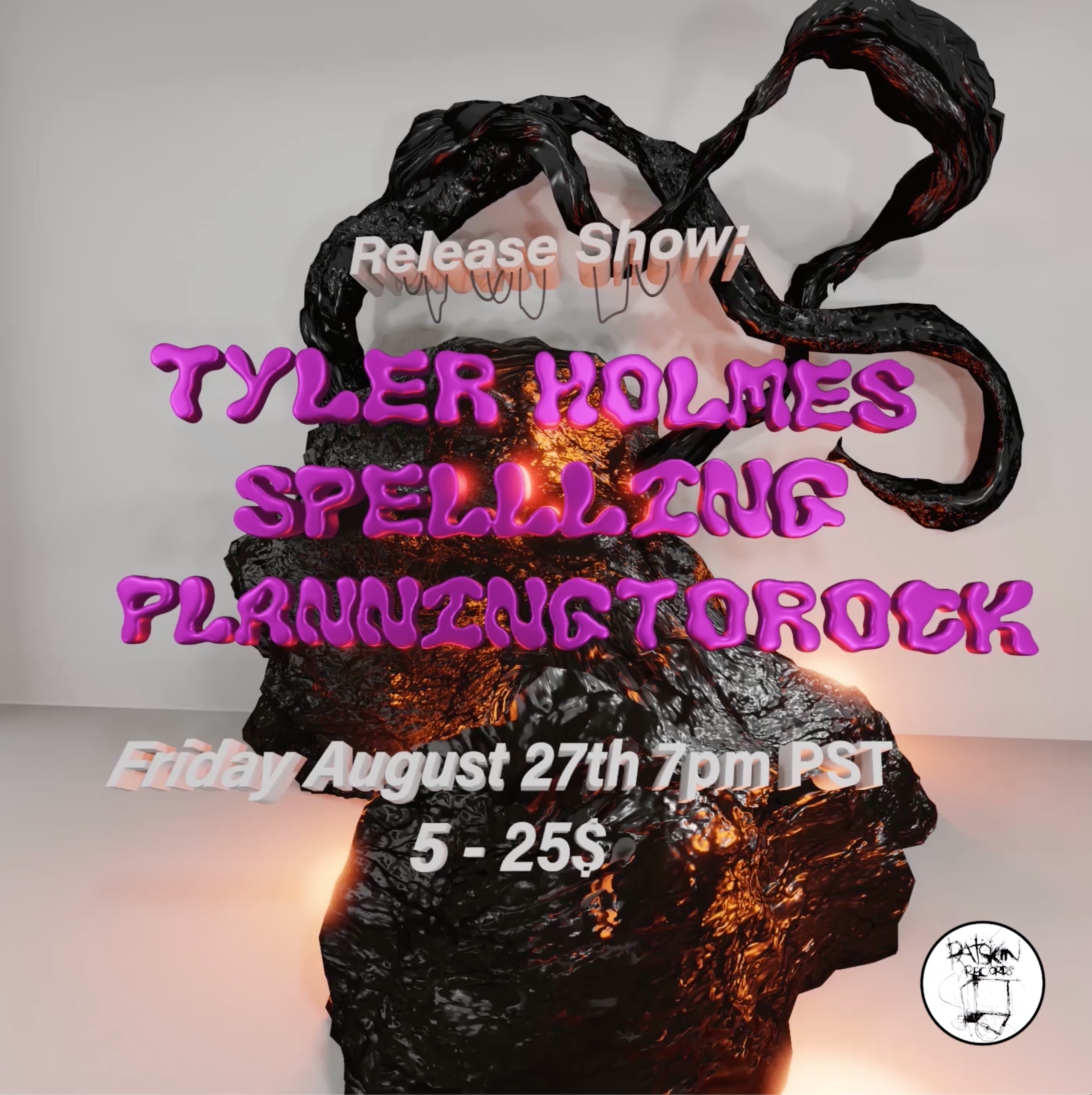